From Molasses to Glasses

A few weeks ago, I found myself in the Outer Banks, North Carolina. There on family weekend with my cousins, we all second-guessed our decision to head to the beach in the beginning of March. Now, in my opinion, there is never a bad time to enjoy the company of kin, but to do so in the 40 degree, overcast, and slightly rainy Outer Banks may have been a tactical error on our part. Either way, there we were, five cousins, who for the first time broke free of the elder family members, having our own sort of “family reunion”.
With the weather conditions poor and the threat of hypothermia very real if we had braved the beach, we decided, what most men in our situation would decide, to get a head start on drinking – and when in the Outer Banks there is no better drink of choice than Kill Devil Rum.
Cousin Mike, knows the owners so we headed to the Kill Devil Distillery, which ironically is located next to a funeral home. Piling out of the truck, we headed for the doors to partake in our personal guided tour of the facility. We were not disappointed.

“Their passion for what they do just pours out during the tour.”

I have traveled the world on my adventures and I have often found myself on distillery or brewery tours. Most are very similar. I have tasted scotches in the Highlands of Scotland, sampled fine wines in South Africa, and even spent time at the Coors factory in Golden, CO, but none of those tours could shine a light on the guys over at Kill Devil. Their passion for what they do just pours out during the tour.

Adam Ball, Kelly Bray, Matt Newsome, and Scott Smith are the men behind the brand and collectively they bring vast knowledge and experience. They met, years ago, while working at a local brewery in Kill Devil Hills and became fast friends over their shared love for good beer and rum. Over the course of many sessions spent sipping rum and talking shop, they came to the conclusion that starting a craft distillery on the Outer Banks made a lot of sense.

Over the past few years they attended multiple courses on the art of distilling, including classes at Michigan State University as well as a class put on by the manufacturers of their still. From these classes they discovered the similarities and differences between distilling and brewing beer. Out of all the spirits that can be distilled, they came to the conclusion rum is a former brewer’s dream, because of the incredible variety of rum that can be produced, white, gold, spiced and aged rums just to name a few. They have also attempted to sample as many rums as they could get their hands on, from the Caribbean, to new US craft distilleries to rum from as far away as Fiji.

After all the education it was time to make the dream a reality. As three of the four partners are residents of Kill Devil Hills, they figured Kill Devil was a good name for the rum. With support from the town they took the necessary steps to starting the craft distillery. The site they chose is an historic brick building on Budleigh St. built in 1946. The only large change to the building was the addition of a concrete floor for the distilling area. The building turned out to be better than expected with a beautiful pine floor and stout cypress beams that have been turned into the tasting bar, retail counter and front door. 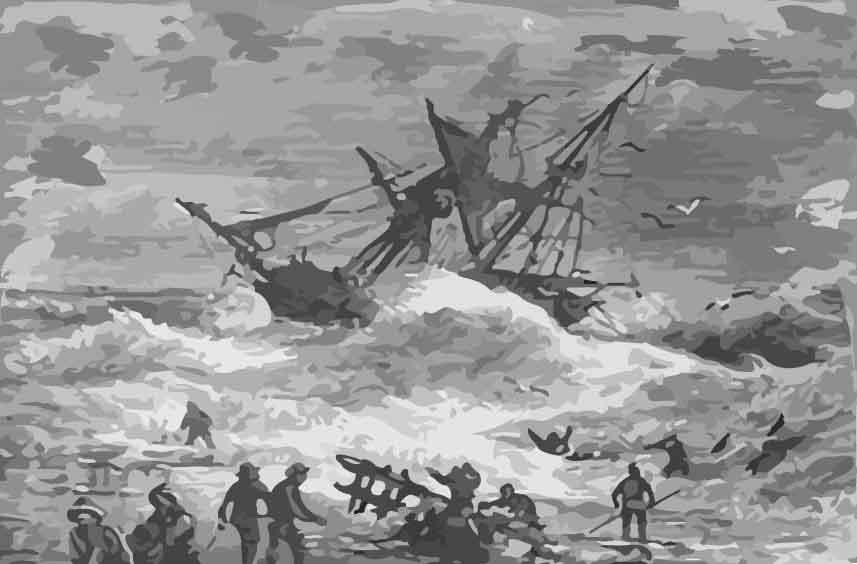 But there is more to “Kill Devil” than the name of their hometown. There is a much greater meaning beyond the badass sounding moniker. The Outer Banks is steeped in rum history and pirate legend, and the boys wanted to keep that lure alive.
Rum was born in the Caribbean, however the exact island of origin is unknown. The first reference to rum is found in the 1650’s from the island of Barbados. The liquor was referred to as “kill-devil.” Rumbullion, along with kill devil, were popular names for rum at this time. The trade in rum soon expanded to the colonies in New England, which is when the legend of Kill Devil may have arrived on the Outer Banks through shipwrecks.
The more than 1,000 shipwrecks along the Outer Banks have led it to be named “The Graveyard of the Atlantic,” and some of the wreckage contained barrels of rum. The town of Kill Devil Hills is believed to have been named for either barrels of rum branded with the name Kill Devil or for a rum that was “strong enough to kill the devil.” Some believe the ships were lured close to shore on dark nights by a lantern hung from a horse’s (or nag’s) neck that walked along the dunes, causing the ships to wreck on the shallow shoals. That practice gave the adjacent town of Nags Head its name. The story continues with the plundered barrels of rum being hid behind the hill which is now the site of the Wright Brothers Monument.
Yes, you read that correctly – the place the rum was hid was the mound that the Wright brothers jumped off of in an effort to fly in 1900. Coincidence… well we will just leave that to history. Though, almost in a Beavis and Butthead like effort, we may or may have not thought about digging up the monument in search of lost pirate rum. Thankfully, the more sober minds of the group prevailed and reminded us that the National Park Service would highly disprove of our quest. We instead did the more sensible thing – bought several bottles of rum from our new friends at Kill Devil and we suggest you do the same.