Cutting Bait: An Ode to Winning

A good friend once told me, “You must endure with persistence;” the bible says “Let us not become weary in doing good, for at the proper time we will reap a harvest if we do not give up,” and to quote Theodore Roosevelt, “Far better is it to dare mighty things, to win glorious triumphs, even though checkered by failure… than to rank with those poor spirits who neither enjoy nor suffer much, because they live in a gray twilight that knows not victory nor defeat.”
In this issue I recount my experience fishing deep in the Amazon on a tributary of the river once referred to as the “River of Doubt” now renamed the Roosevelt River. Often times in life we embark on a journey down our own “River of Doubt.” It is a challenging learning experience, often surrounded by the fear of the unknown. We may lose time and money or even sacrifice health for it, but if we can make it through it, we are richer for it.
During his expedition, Roosevelt experienced extreme challenges. He discovered new lows, experienced unforeseen struggles, found takers and traitors within his own team, and fought off toxicities and parasites that jeopardized his mission. He endured with persistence and conquered his river.
I think we can all relate to this on some level—whether in our personal life or in business. I certainly can. There have been moments I had to endure with persistence, times I had to make hard decisions and toxins I had to rid myself of that stood in my way. What I can tell you is, if you’re on the “River of Doubt,” fear not the journey, it will be worth it in the end.
Also in this issue, we meet some amazing men and women who dared to dream big, forge their own paths, and sought to do things differently. They were visionaries and folks who didn’t take no for an answer. They didn’t let the good be the robber of the best. They were, and are, find-a-way, make-a-way people – just as Roosevelt was.
Take Chris Janson for instance, this issue’s cover story. He left his small town in search of a better life. Things seemed pretty bleak for him as he lived in his car in Nashville, but Chris kept doing what he did best— playing music. He played in the shadows of the Grand Ole Opry at the joint next door. He worked harder than he ever thought he could. Now he’s played over 100 Opry shows and recently been inducted as the youngest living member of the Grand Ole Opry.
Further, look at folks like Bill Dance, interviewed here. Bill has done something that very few have ever done – spent over fifty years on television. He has built a brand where most would have never thought it possible. He was a pioneer in his field and proved all those who doubted him wrong. Bill jokingly says, “All these people have to work because they don’t know how to fish.” Let there be no doubt, Bill works hard and has worked harder than most could ever imagine getting to where he is today.
Finally, life takes planning, set-up, and patience just like Scott Null’s nature photography. Each move he makes is precisely measured and calculated to promise the highest probability of success. In life, I have met folks who play chess and folks who play checkers – choose to play chess.
Checkers is a reactionary game, waiting to see what will happen, before you figure out your next move. On the surface, that’s what chess looks like as well. The difference is, in chess, the way to win is largely about gaining control of the board and setting up the conditions for the win much the way Scott does while setting up for the perfect photograph.
While everything may not always go as planned, at the very least, having a strategy gives you a better vantage point when you need to re-evaluate the plan to reach your goals. It also provides the foresight needed to sacrifice the pawns in life (i.e. un-needed stresses, small-thinking and negative people) that hinder your progress.
I write this as a motivation and a reminder to all of us out there on the grind. As a young man, early in my career, I look at every obstacle beyond the surface and glean life lessons from each of my challenges. It may be daunting, but with persistence and courage while on the “River of Doubt,” you too will conquer that river and call it yours.
Cheers to winning – 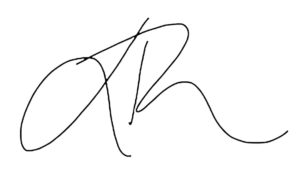