Matt DiRito loves being on stage.
As bass player for the band Pop Evil – a band who tours the country and whose song downloads dominate the hard-rock playlists on Spotify – he lives for performing and the lights and crowds that come with it. His sleek, long hair and tattooed body virtually scream, “I am a rock star!,” and thousands of fans agree.
But there’s more to the almost 33-year-old DiRito than his on-stage persona. For the music to remain fresh, he’s got to get away from it from time to time.
“You’ve just got to find interesting things to do on your days off and cool places to go when you’re in different cities,” he says.
For DiRito, that often means jumping on his motorcycle and heading somewhere to shoot—he’s a gun enthusiast whose love for the outdoors dates to his youth in Michigan, where the budding musician was a welder and press operator. “Growing up near Lake Michigan, I fished a lot,” he says. “My dad wasn’t a big hunter, so I didn’t get into that until later in life. But all of the neighborhood kids would ride their bicycles down to the various lakes, and we’d hit all the bait-and-tackle shops and stuff like that.” 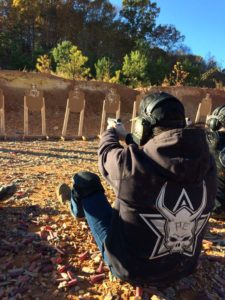 DiRito’s interest turned to guns after he left home and began pursuing his music career. “Once I hit the road, my interests kind of switched a little bit,” he says. “I became more involved in the firearms community and found friends in different places that were more into hunting. So now, when I’m not on the road, I go and work for different manufacturers and give my two cents about their guns and bring some of my machining background into play.”
DiRito is an ambassador for Cabot Guns and considers himself an avid gun enthusiast and collector. “When I’m actually behind the gun and pulling the trigger, mainly it’s defensive shooting and more tactical scenarios these days,” he says. “I love to hunt, but I rarely get the time to do it. Actually, one of my bucket-list items, and I don’t have many bucket-list items, is to do a hog hunt from a helicopter. I imagine that it really puts a lot of your skills to use at once, trying to steady yourself from the air, shooting downward, and chasing hogs through fields at night. It’s just gotta be pretty wild.”
And DiRito knows wild. A veteran of several rock bands and influenced by Marilyn Manson at an early age, he’s now celebrating his 12th year with Pop Evil, who released their fifth album, the self-titled “Pop Evil,” last year and ended 2018 at No. 8 on the Billboard charts for mainstream rock artists. The band’s singles include “A Crime to Remember,” “Colors Bleed,” and “Waking Lions,” which went to No. 1 on the charts.

DiRito was 15 when he picked up the bass guitar, and he never looked back. “Once I knew I had a knack for it … I went out and bought my first touring bass amp and all the equipment I needed,” he says. “I like to think that investment paid off.”
And while music was his main passion in the beginning, another passion—his love for guns— soon followed. “It’s funny, you take your passion and turn it into a living, and then you’ve got to find other things to be passionate about,” DiRito says. “I started out kind of gathering guns, and when I’d come home from a tour, once my bills were paid, I would take anything extra, and I would purchase different firearms. My thought process was that I could make more money off of these guns if I ever had to turn around and sell them for cash. So it was a form of investment early on. I continue to buy and try to find pieces that I’m interested in, although that list is getting shorter. Shorter and more expensive.”
A third passion of DiRito’s is Star Treatments, the organization he founded five years ago to give sick children a taste of what it’s like to be a rock star. “A family I knew had a child undergoing cancer treatments, and I sort of saw the start and the finish of it from day one, from being diagnosed to treatment and everything they went through, and then finally coming out on the other end cancer-free,” he says. “I wanted to help. I wanted to do something.”
What he did was start Star Treatments, which uses tour buses, vans, and other types of VIP transportation to pick up and take children and their families to their chemo or other appointments. “We just take them back and forth to the hospital,” DiRito says. “It helps out a lot of families financially, because it saves wear and tear on the car, plus gas money, things like that. It’s also great for the kid. We put little care packages in every ride, and make sure they’re comfortable, and they get treated well, they get their spirits up, and they show up to the hospital in a great mood instead of terrified.”

“I feel like anyone who has a bit of spotlight on them, especially for doing something as easy as playing bass guitar and swinging my hair around on stage, you kind of owe it to take that spotlight and shine it on someone who actually could benefit from it,” he says.

It’s just a small way of trying to give back DiRito says. “I feel like anyone who has a bit of spotlight on them, especially for doing something as easy as playing bass guitar and swinging my hair around on stage, you kind of owe it to take that spotlight and shine it on someone who actually could benefit from it,” he says. 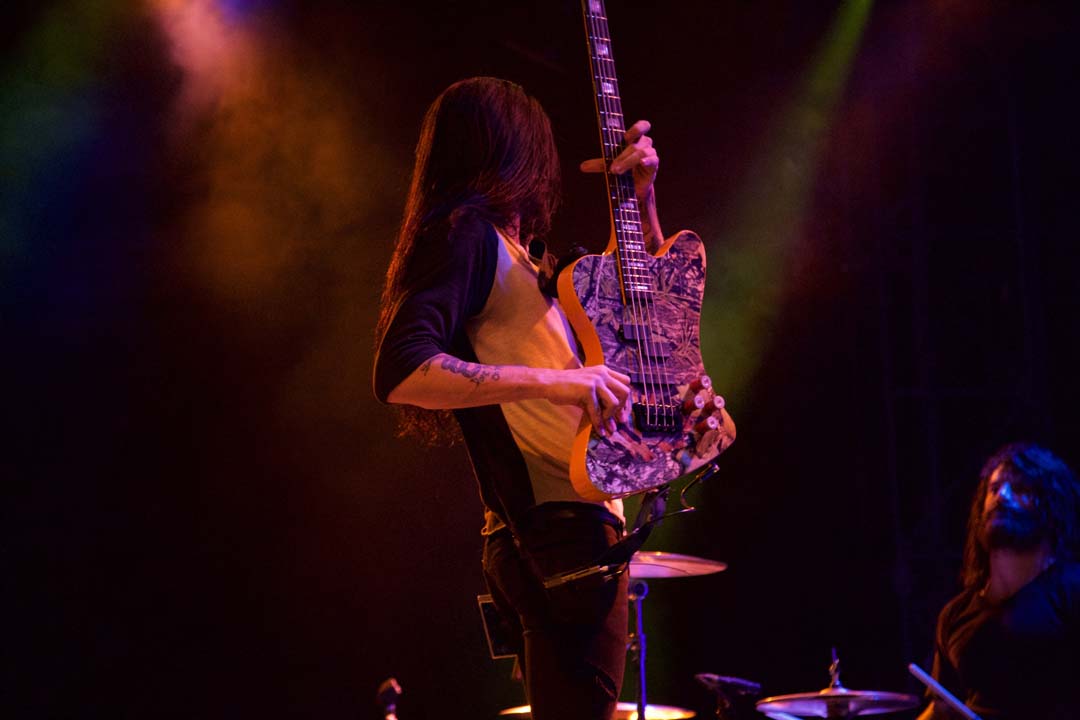 It’s that side of him—his off-stage persona—that DiRito thinks would surprise people most about him. “I’m a huge homebody,” he says. “For as much as I’m not home, I love the feeling of just being home and in the woods.”
He spends most of that off time with his girlfriend, Angie, who shares his love of guns. “The second time that we ever hung out and went on a date, I took her out shooting in Las Vegas with some buddies,” DiRito says. “We did a bunch of tactical stuff out there. She’s a natural. She’s really interested in learning more, and she knows why I carry and why I’m always around firearms, and she supports that and is constantly looking to get better as well.”